THE ONLY THING MORE BEAUTIFUL THAN ZAGREB IS ADVENT IN ZAGREB

Behold, yet another Advent in Zagreb has ended. Behind us is a month of ”fooling around,“ beautiful lights, a romantic atmosphere, and an entirely different, more blissful everyday. Some may have been against the flamboyance of it all, while others were wholeheartedly rooting for more sparkling lights, but we have to admit that we all enjoyed a special Christmas atmosphere for which we didn’t need to go to neighbouring cities to experience; rather, for the past three years in a row, almost everybody has been coming to us.

Zagreb should be proud, and so should all of us that were part of the Advent story. I love my city when it’s somber and raining. I love it especially when it’s scorching during the summer, but my love is sweetest during Advent time when magic lights transform parts of the city into sorts of sanctuaries and windows into another, unburdened, and amazing world.

The first two years of Advent in Zagreb, I wasn’t among those who complained about the influx of light displays and food stands that were attracting more and more people, because my city became a big and ravishing stage, even though  the lives of us, the inhabitants of the city center, changed dramatically during this time. The crowds have gotten bigger, and we shouldn’t even mention the lack of parking spaces.

This year I decided to stay in Zagreb during the holidays and try out everything  that Advent in Zagreb offers us, and I can say that I truly had a great time.

There was something for everyone; for families and the youngest ones, the ice park on King Tomislav Square and Zrinjevac was certainly the most interesting. For the „young“ who wanted fun and something more relaxed, the upper town was a great option. Fooling around on Strossmayer Square won the award for best destination, and Caffe de Matoš was for those wanting romance and good music. Advent in Klovićevi dvori was not to be missed, if only for the view of the Zagreb cathedral and a mandatory selfie. The ideal recipe for a good photo. Čudna Šuma in Warsaw street, just across the Cinema Europa, was great for slightly wilder parties, and the number of those interested in that sort of thing just keeps rising.

The offerings were so great that, unfortunately, I didn’t get to see everything. So this year I „skipped“ the Grič Tunnel, which had two interesting exhibits, and an exhibit on Nikola Tesla in Meštrović’s pavilion. During the January depression I will catch up on all I missed and take a look at everything my city has to offer, because even though the Advent is over, there are so many options in Zagreb that it is difficult to decide which is better, more interesting, and more attractive.

All in all, it was a month of interesting events, concerts, a great selection of food and drinks, and those beautiful kitschy balloons that we could see on every step. 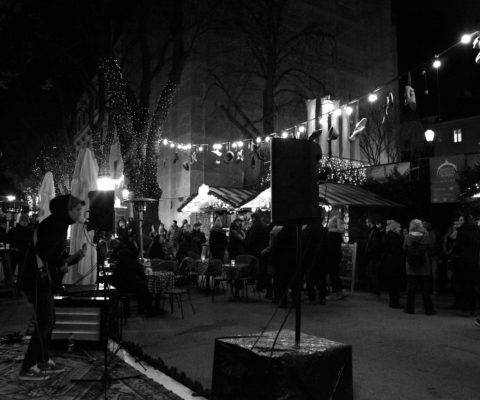 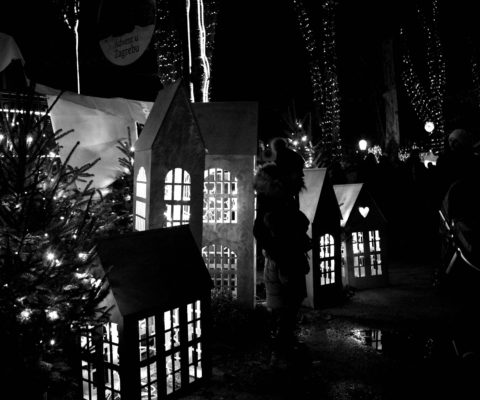